Advocates with lived experience drove home the need for drug law reform during the NSW Parliamentary launch of Uniting’s Decriminalisation Paper on Wednesday.

Uniting’s discussion paper – Possession and Use of Drugs, Options for changing the law (click here to download) – offers up pathways towards decriminalisation and was written in consultation with a number of Fair Treatment partners.

The Moderator of the Uniting Church NSW.ACT, Rev Simon Hansford, thanked those wishing to engage with the campaign.

Various MPs, including State Treasurer and Deputy NSW Liberals Leader Dominic Perrottet, Independents, members of Labor and the Greens attended the event which was at maximum capacity.

“We bring the paper and the Fair Treatment campaign into the halls of Parliament to begin an important conversation and to work with our elected representatives to achieve sensible reform in line with evidence best practice and the wishes of the community,” the Moderator said.

Rev Simon Hansford, Moderator of the Uniting Church in NSW/ACT

“This was initiated in 2016 after leaders of the Uniting Church were approached by families of people who had died from overdoses.”

Kevin Street spoke of his experience using heroin and the moment he reached out for help at Uniting’s Medically Supervised Injecting Room (MCIS) in Kings Cross.

“I put my hands up and said I’ve had enough and I want treatment and they [MSIC] moved at the speed of light to get me into treatment,” Mr Street said.

“[Decriminalisation is] not about condoning drug taking it’s about taking away the punitive punishments that are going to affect people for the rest of their lives just because they chose to take a drug.”

Prof. Allison Ritter, Director of the UNSW Drug Policy Modelling Program unpacked the detail of the discussion paper and said removing criminal penalties for the personal use of drugs is smart policy, grounded in evidence.

“The community overwhelmingly supports it. We know that problems arise from current laws,” Prof. Ritter said.

“When Uniting and myself and colleagues set about to develop the set of options for removing criminal penalties we worked with a set of principles. Those principles included equity, fairness, proportionality, transparency, cost-effectiveness good use of public money and respecting the dignity and worth of each person”.

“When we apply these principles to the removal of criminal penalties for personal drug use we end up with I think a set of options to consider and important features of what this might look like in New South Wales.” 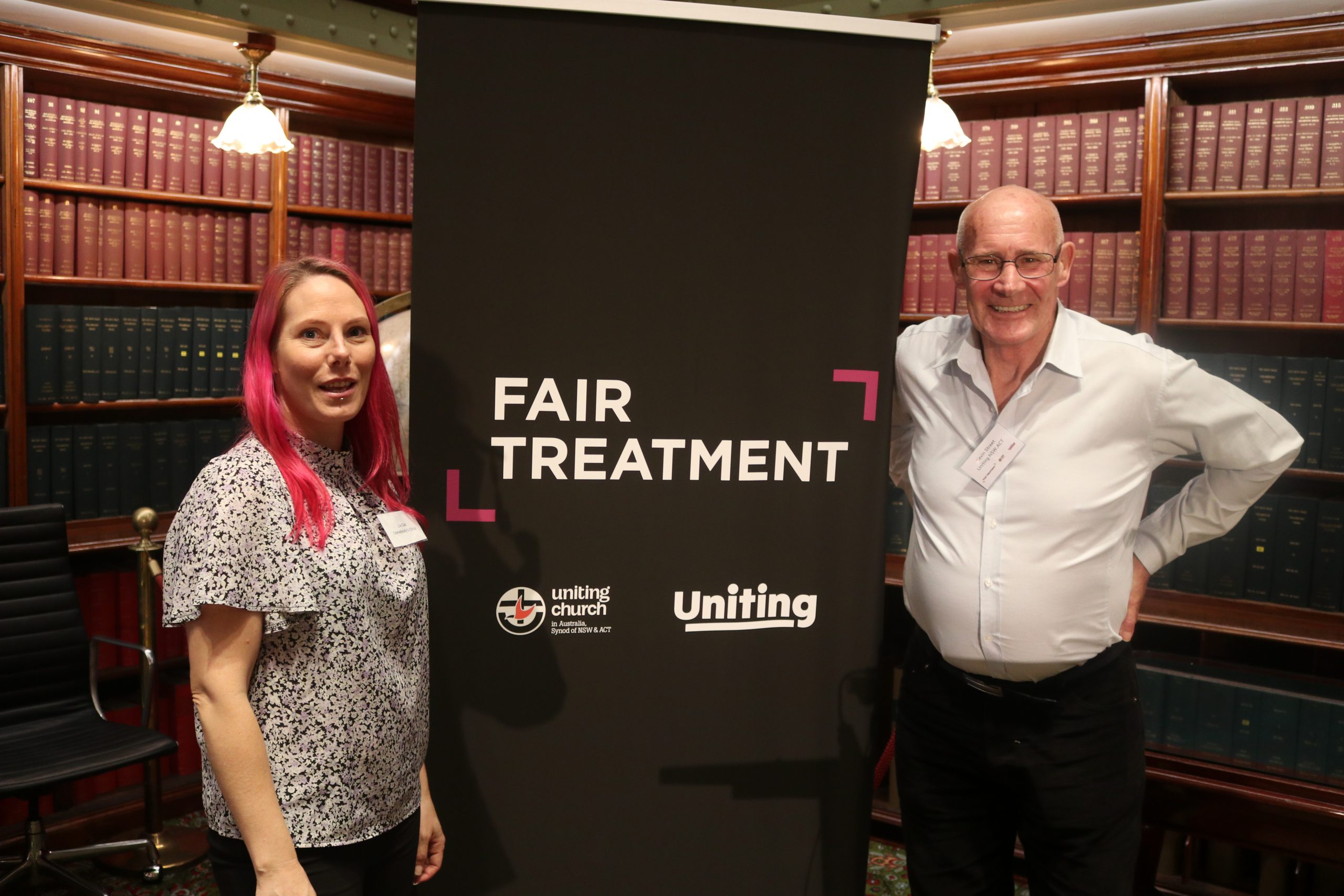 Full coverage of the launch can be watched at the Fair Treatment Facebook page.

In 2016, the Uniting Church Synod of NSW/ACT formally resolved to support the decriminalisation of personal possession of small amounts of prohibited drugs and greater investment in drug and alcohol treatment, prompting the creation of the Fair Treatment campaign.

Last year, as a direct result of the Fair Treatment campaign, the NSW Government committed $7.5 million to build a treatment facility in Dubbo. 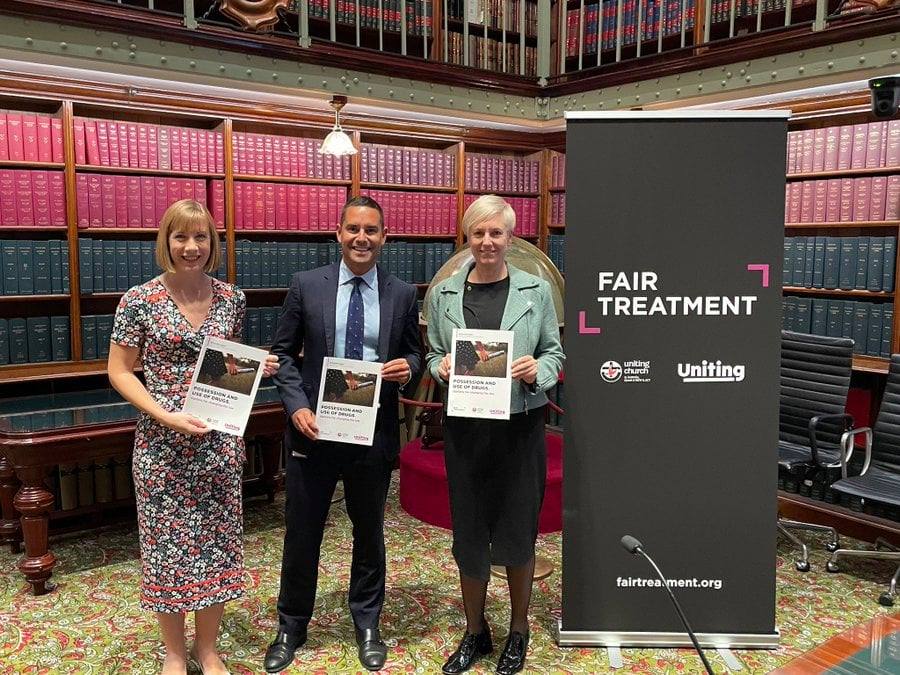